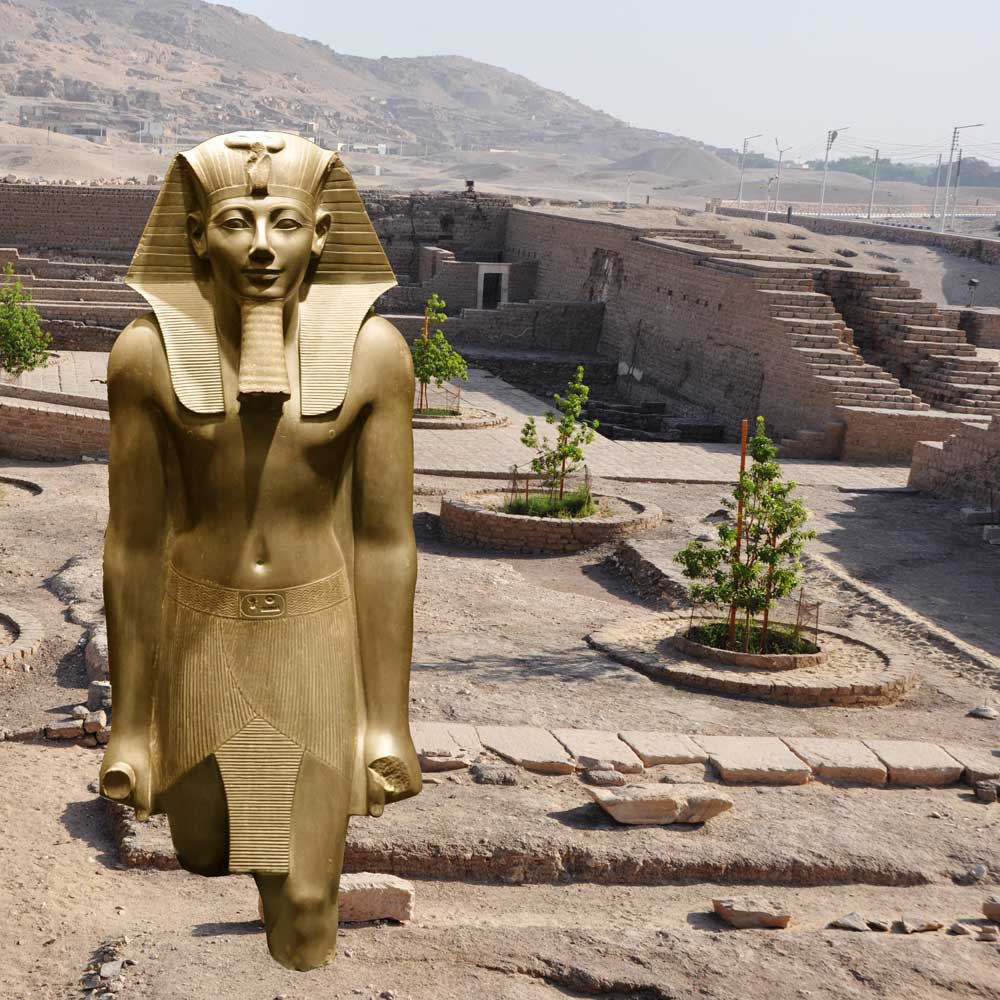 The site of the Temple of Millions of Years of Thutmosis III has allowed the recovery of numerous materials from different periods of the history of pharaonic Egypt. A group of five Third Intermediate Period and Saite times looted tombs has been located northwest outside the enclosure wall. One of them contained desecrated mummies that had been reburied with shrouds and amulets.

“Representations of children in the private tombs of Thebes during the XVIII Dynasty in Egypt”, carrying out her research at the Institute of Egyptology of the University of Tübingen (Germany). She is currently Associate Lecturer of the Department of Prehistory and Archeology at the University of Seville, since 2019 and guess-lecturer at the Master of Drawing at the Faculty of Fine Arts (University of Granada) since 2009.

She is the director of the project for the excavation, restoration of the Temple of Millions of Years of Tuthmosis III in Luxor (Egypt) since 2008.

She has directed and participated in important excavation projects: a Phoenician shipwreck off the coast of Tyre (Lebanon); in the Bent Pyramid and in the Seneferu Valley Temple directed by Dr. Rainer Stadelmann of DAI in Cairo and in the Funerary Temple of Amenophis III directed by Dr. Hourig Sourouzian of DAI in Cairo; in Portocolom (Mallorca); in Qait Bay (Pharos) with Dr. Jean-Yves Empereur from CEA (Alexandria, Egypt); in Sadana Island (Red Sea, Egypt) with the INA (Alexandria, Egypt) and as director of the underwater archaeological survey on the Red Sea coast, between Wadi Gawasis and Marsa Alam, (Marsa Alam, Egypt) among others. She was coordinator of the exhibition "120 Years of Spanish Archeology in Egypt" at the Cairo Museum (Egypt). She has collaborated with the company Acciona Producciones y Diseño in Cairo to give Egyptological advice at the GEM (Grand Egyptian Museum) from March 15 to June 15, 2019.

She taught many courses in the last two decades and a long list of conferences and presentations at Universities in Europe, Africa and America. Among her works which stand out "The Egyptian Collection of the Hispalense University" and "The temples of Millions of Years in Thebes" together with Asunción Jódar and more than 50 publications of her. In 2004 she shot the Imax documentary "The Mystery of the Nile", a journey of the Blue Nile through Ethiopia, Sudan and Egypt.

She is a Corresponding Member of the Royal Academy of Fine Arts Santa Isabel de Hungría (Seville). Among her recognitions are the Manuel Alvar Essay Prize for Humanistic Studies (José Manuel Lara Foundation & Cajasol Foundation) for the work: “Tutankhamón in Spain: Howard Carter, the Duke of Alba and the Madrid conferences”, a work written jointly with Javier Martínez Babón; the award for one of the ten best discoveries in Egypt by Luxor Times Magazine in 2016.